Asbestos is a generic term given to a group of 6 naturally occurring silicate minerals, basically a stone, that has been historically extracted via mining and used extensively and predominantly in construction and manufacturing due to their varied properties.

Every week 20 tradesmen die from asbestos-related disease. If you carry out work on a building that was built or refurbished before the year 2000, you could have been exposed to asbestos, without even knowing it. 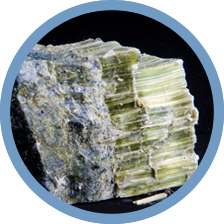 The three common types of asbestos are crocidolite, amosite and chrysotile; although other forms can be found in premises – fibrous actinolite, fibrous anthophyllite and fibrous tremolite.
Crocidolite, amosite and chrysotile are also known as blue, brown and white asbestos, although the colour is not always significant in identification.
Occasionally in publications there is a reference to the mineral groups to which asbestos belongs. Chrysotile belongs to the serpentine group (like fine threads of cotton) while the five other types listed above belong to the amphibole group (like fine needles). 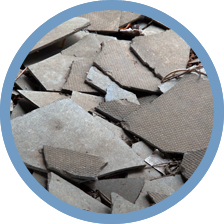 Every week 20 tradesmen die from asbestos-related disease. If you carry out work on a building that was built or refurbished before the year 2000, you could have been exposed to asbestos, without even knowing it.

The properties of asbestos have been known from ancient times. This is not just that asbestos was fire proof, but that is was dangerous. In Roman times it was known not to buy slaves from asbestos mines, because although they might look healthy when bought, they did not live long. 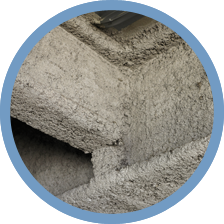 Modern commercial history began in 1870 when a large deposit was found in Canada.

Properties of asbestos that make it so useful are: 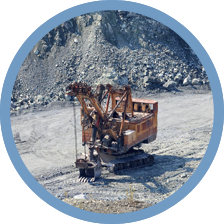 As such, asbestos was widely used in buildings for insulation and fire protection, e.g. roofing, cladding, thermal insulation, etc.
Asbestos was very rarely used in its raw form in buildings but was typically mixed with other products to make Asbestos Containing Materials (ACMs). So, cement sheets with added asbestos became asbestos cement sheets; insulating board with asbestos added became Asbestos Insulating Board (AIB), and so on.
Much asbestos is still left in buildings, in the form of ACMs and it is estimated about half a million non-domestic premises still contain asbestos.
When ACMs are not treated correctly, asbestos can be deadly!
For sites offering further information relating to asbestos facts, please go to our Links page.