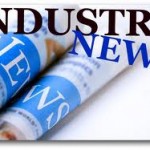 The UK Asbestos Training Association (UKATA) has ended an arrangement that appeared to recommend prices at which its members provide training services, following a swift intervention by the OFT.

Generally, pricing recommendations made by trade associations to their members may raise serious competition concerns where they result in those members not competing with each other on the merits.

UKATA has also confirmed that it will ensure that its members compete on the price of asbestos awareness training services. This should mean the prices for those services are more competitive, benefiting those requiring this important training, such as contractors in the construction industry.

Following an investigation by the OFT that was launched in January 2013, UKATA has also given assurances not to enter into any similar arrangements from now on and will provide further guidance to its members on the importance of complying with competition law.

In light of this, and given UKATA’s comprehensive and swift action to ensure compliance with competition law, the OFT, in accordance with its prioritisation principles, has decided not to investigate any further at this point in time. The quick resolution of this matter is in line with the OFT’s overall commitment to use its resources efficiently and effectively to achieve positive outcomes for consumers and the economy.

‘Our targeted investigation since January this year has resulted in a change of behaviour by UKATA and we welcome its swift action.

‘Asbestos exposure can cause severe illnesses and it is essential that those who work in these environments are suitably trained so as to be aware of the risks. Purchasers of asbestos awareness training services need to be sure they are getting a good deal.

‘Today’s announcement sends out a wider message to trade associations that they should not undertake initiatives that could result in reduced price competition between their members. The OFT will continue to prioritise investigating such suspected arrangements in the future’.